Good education is essential to a person’s well-being. The availability or lack of high-quality knowledge either shapes the person to be successful in a competitive world, or it can leave a person to struggle over their societal places throughout their life. But success is defined by more than what you earn; in the end, a person’s value is defined by the kind of life they lead and the legacy they leave behind.

Realizing the importance of holistic education, tNCC EduCenter aims to not just pass down knowledge but to shape culture through the next generation as well. tNCC’s EduCenter is pretty new to the scene, but already they have seen inspiring ways in how God can bring hope and change lives through edification. The EduCenter is part of the New Covenant Church’s vision of providing a Christian world-class education alternative for young people at affordable costs as a service to our community.

Pr Peter Sze, the pastor of tNCC, shared that this was a vision that God had planted in his and the other leaders’ hearts; one of the best ways to shape a Godly generation is through quality education. ‘When tNCC first mooted the idea of the EduCenter, we actually didn’t know if it would work out. We didn’t even know if there would be people with the heart for the ministry. We only did it through faith and obedience and the Lord answered. The timing was perfect, and sis Jennifer Lee (the principal coach at tNCC EduCenter) answered the call. She later shared that this has been her concern all the while.’

Using a self-paced system known as EduSeeds, that combine multimedia-based online learning and in-class interactive sessions, students are shaped and equipped to sit for the Cambridge IGCSE, a Level 10 high-school exam internationally recognised by leading universities and employers. Since they have started opening their center in January this year, they have grown to cover two stages of the EduSeeds system; Junior (Levels 1-4) and Middle (Levels 5-6) with the aim to extend further to Levels 7-10 in another 6-12 month’s time. 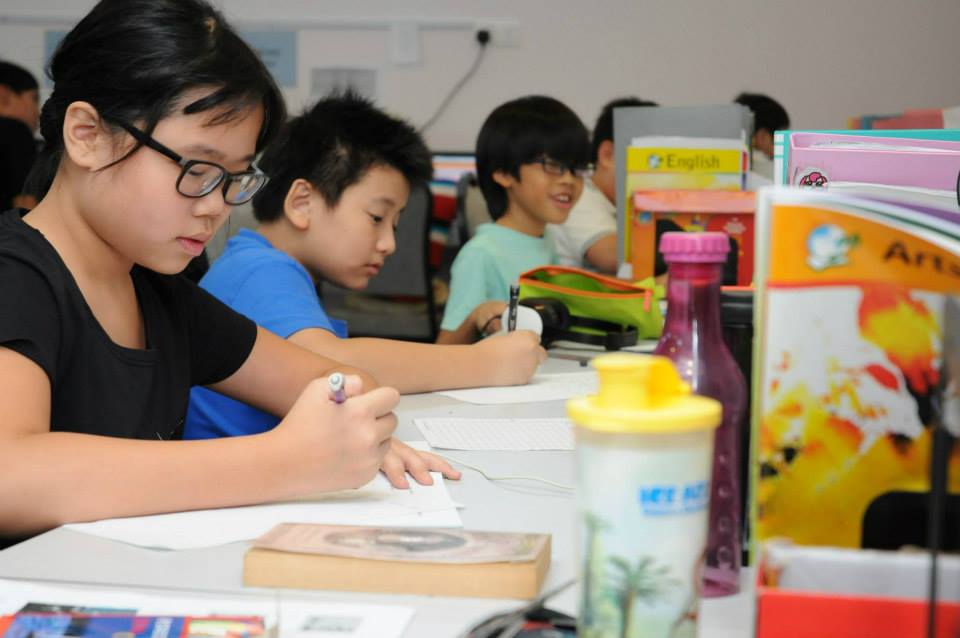 Students at the tNCC EduCenter.

‘The subjects we cover include the usual ones like Maths, English, Science, BM, and Social Studies which include World Geography and History. We facilitate our students so that they’re able to sit for the Cambridge IGCSE, but we also believe in shaping a child through more than theoretical knowledge. At EduCenter, we also aim to build our children’s character through not just Physical Education, but also Life Skill sessions,’ sis Jennifer Lee, its principal coach shared.

The EduCenter is a comprehensive venue that caters for both outdoor and indoor PE activities and multiple discussion rooms. Subjects like Arts and Crafts, as well as Information Technology are conducted in rooms that are dedicated and specialized for them. The online system it uses has a personalized database that helps the coaches in providing committed guidance to each student. 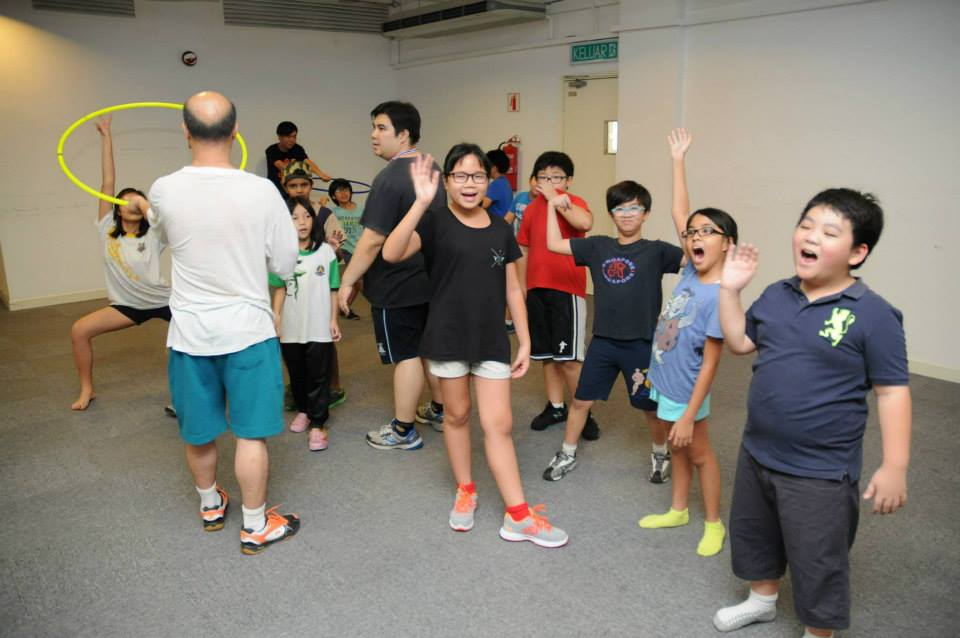 PE sessions with the children.

‘We identify our instructors as coaches. That is who we aim to be : coaches do more than just teach. Our ultimate priority is to shape the child’s life so that they become pillars of society when they go out into the world. The approach has to be centered on the child; learn to understand them and you’ll find the seed of potential grow in them. The child has to understand the reasons for certain things ie. explaining and identifying with the child, before controlling their video game privileges near exam times.’ 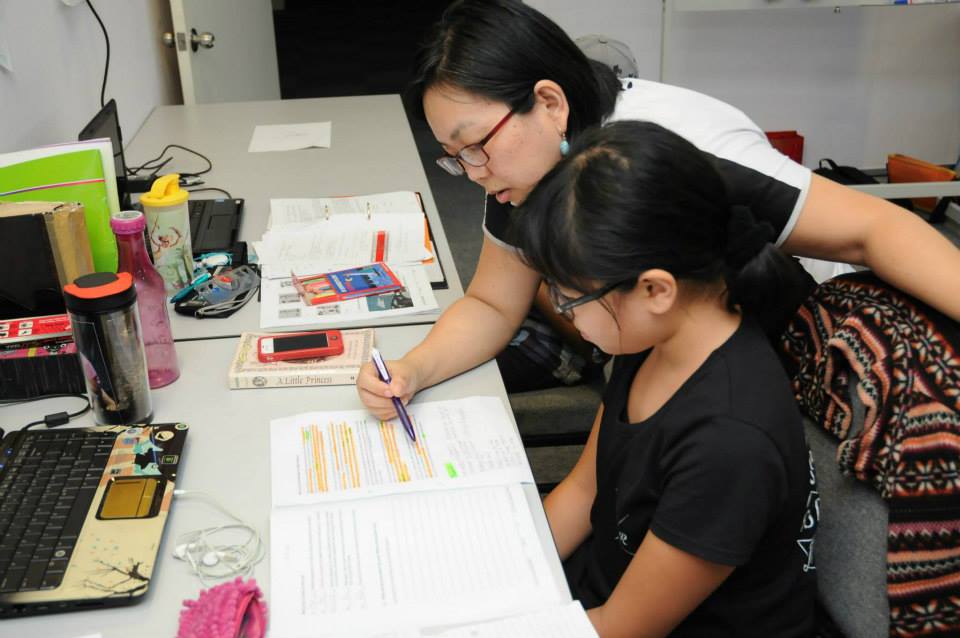 Sis Jennifer guiding one of the students.

‘Part of that has to do with the spiritual life,’ sis Jennifer communicated. ‘‘For Christians, we have Bible Studies 3 afternoon sessions (Tuesday, Wednesday, Friday), a week but we make it flexible, according to our children’s comfort level. Chapel is conducted every Friday afternoon at 1-3pm.

‘When we talk about spiritual life, it sounds so mystical but it’s really not that intimidating at all. We guide our children to have spiritual values and to understand and walk with God, but we don’t impose our belief systems on non-Christians. What we do is we include them in our group discussions so that they are not regarded as outsiders by the other children, and we talk about values.’

The EduCenter have received many encouraging feedback, some even from non-Christians. ‘We had one student who was previously in a second last class in another school. He was 5 years backwards, education-wise, for his age. The teachers, probably overburdened with other workload, had given up hope on him. This boy was feeling neglected and aimless, and when his parents sent him to our EduCenter, he told us to give up on him because the others had already done so. In fact, he told us that even he himself had given up hope, and that broke our hearts.

‘The best way a child grows is when they have a strong bonding with not just their parents, but also their teachers. The teacher must have a strong relationship with the student, and opportunities must be given to the students, something which already overburdened teachers under conventional systems can ill afford. This boy started to see the potential in himself, and he started producing As, something which he previously thought was impossible. Remember, our standards had to adhere to those set by the Cambridge IGCSE.

‘And you know the best thing? He started reaching out to others, helping to coach them. His parents shared with us that our God must be working in his life, and they have already started encouraging him to pray. It is the opportunity to see things like these that is our greatest encouragement and reward.’ 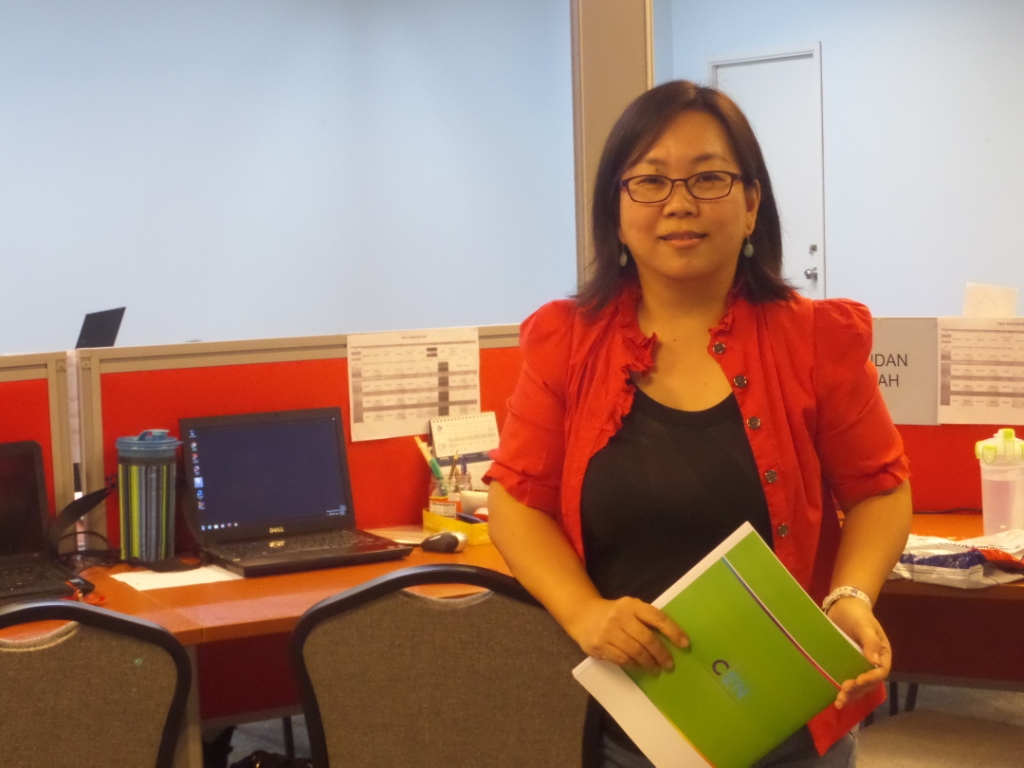 Sis Jennifer shared that the vision of the EduCenter is to bring hope where there may be none previously, and they do this through development, motivation, character, and conversation, with the ultimate end-goal of building the inner self-values of the child. They find and instill this inner motivator through constant positive encouragement.

‘It takes dedication, time, and patience to do this, but it pays off and you see impactful life stories first-hand,’ sis Jennifer shared.

Sis Jennifer Lee previously served as a children pastor, and has her own inspirational story to share. You can find out more about tNCC’s EduCenter and its inspirational life-stories through their FaceBook page at  or their website. They can be contacted through email at tncceducenter [at] gmail.com or phone at 03-7732 0506