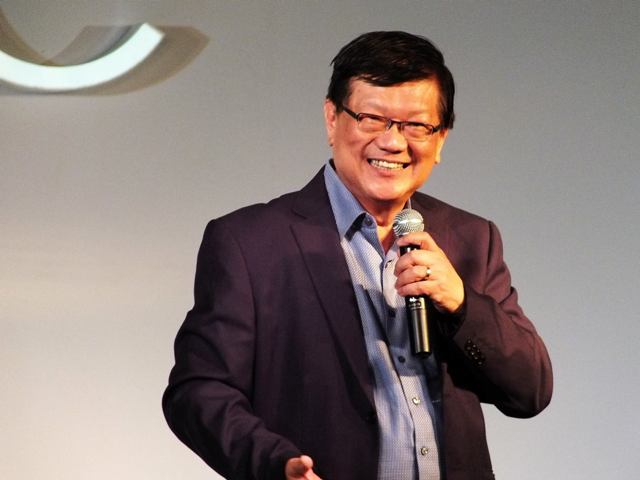 Abraham was 75 years old when he left everything to the Promised Land (Gen 12:4). So was Peter Sze, a businessman who was called to leave his former church at 57 years old, to form a new church– tNCC or ‘The New Covenant Church.’“I was feeling dry and restless when the Lord led me to rediscover the good news of grace afresh,” said Peter.

As a chartered member of his former church, Peter had been attending and serving the same church for 35 years since it started with his wife See Fen. In fact, they had four generations there with their mothers, siblings, uncles, aunties, cousins, children and son-in-laws.

“We have never expected to start a new church. My children didn’t want their father to become a pastor,” chuckled See Fen.

Peter is the managing director of a large multimillion-dollar company producing specialized compound fertilizer in Malaysia and Indonesia. With a successful and comfortable life, starting a church appeared to confound common logic.

“We have never even considered starting a church before. And at that age, you’re looking forward towards retirement. Why start a church?” said Peter.

Get Out and The Lord Will Be with You!

But God made His Will clear through a series of prophetic words shared by an old friend in Australia. They met up with him at the end of August while visiting their son there.

The message was simply, ‘Get out, preach the gospel of grace. Don’t look back. And the Lord will be with you.’

“That’s what we did. We now have a clear direction from the Lord. No more wondering and struggling,” said Peter.

They returned to Malaysia sharing the plan to the rest of the family who became excited to be on board.

The Birth of tNCC in Atria 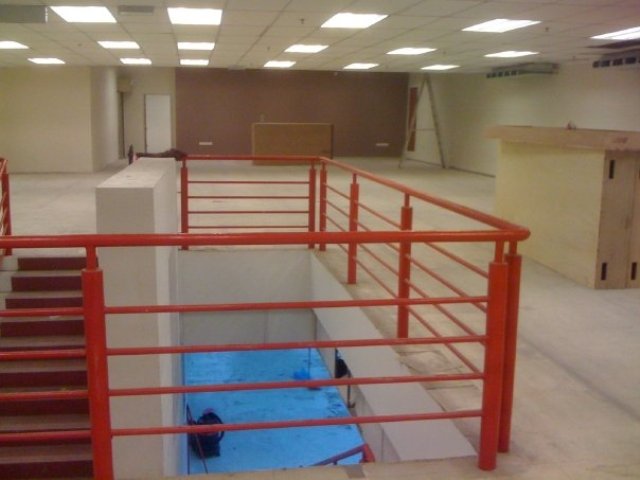 “We were looking for a space in the then Atria Shopping Center in Damansara Jaya and eyed a shop lot of about 2000 square feet. But the General Manager, who became a Christian only a month earlier, understood our plans to start a church and insisted we look for a bigger place,” said Peter.

He showed Peter a space that was formerly occupied by a bookstore. It had 5000 sq ft at the ground floor, and another 5000 sq ft at the mezzanine floor. This space was more than enough for their needs for a sanctuary and other ministry space then.

Within a month, the renovation of the premises was completed and ready for its first worship service on 1st Nov 2009.“We were excited because we didn’t know exactly what God had in mind for us. We only know that when He calls, He will provide and equip us,” said Peter.

The Lord Sent His Armies

More than 30 people consisting of family and former care group members made up the initial core group. Although most of them have not been involved in leading a church service, they voluntarily took up various roles. Then, the Lord sent various gifted people there. 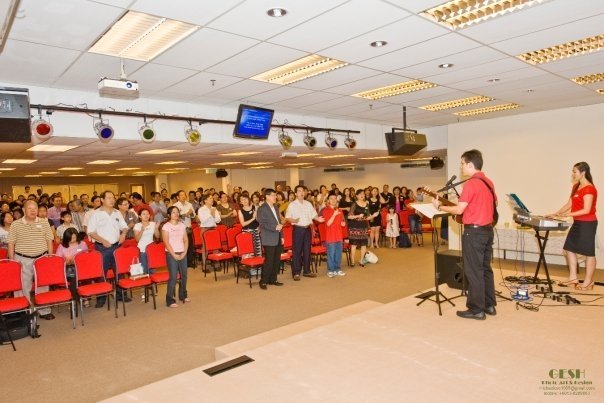 The inaugural service of tNCC on 1st November 2009

“I used to preach twice a week, on Wednesday and Sunday for the first two months. But after that, the Lord brought different ones with the gift of teaching and preaching. Today, we have 11 members who speak regularly at our services,” said Peter.

A remarkable attribute of tNCC is that no staffs were employed. All ministries are voluntarily led and run by people who have a calling, be it in worship, AV technical, hospitality, children, youth, young adults, men, ladies, Chinese, Bahasa or Tamil ministries, etc. 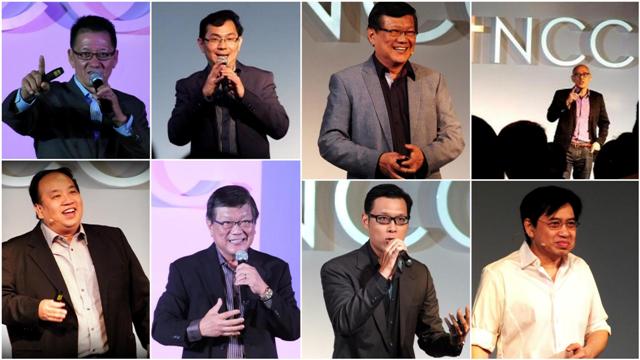 “Many of the ministries were started by people at their own initiative, even care groups. We intentionally don’t structure the care groups rigidly but we allow them to operate and grow organically.”

“You determine what you want to do in your care group. It is more for fellowship, evangelism and also sharing of what God is doing for them and through them. We make it very flexible,” said See Fen.

Peter added, “In managing my company for 35 years, it is all about enabling people to develop. For me, letting go and letting others do it is easy. I understand that a company would only grow if the people were allowed to exercise their talents at their own initiative, likewise in the church. Everyone enjoys and wants to do what they’re doing because they are allowed to exercise their gifting freely, in step with the Spirit’s leading. It is neither a duty nor a chore to do them at all.”

“This takes away all the stress. By His grace, I am able to run my business full-time and pastor a growing church full-time as well,” Peter added.

My Providence is Sufficient for You

From the beginning, Peter decided that the church should walk by faith in regards to finances, despite the high rental and operating expenses. Hence, no offering boxes were passed around. Instead, offering boxes were placed around the foyer for people to give when they want to. Up to today, the Lord has provided more than enough.

Even when the church moved to Wisma TA in January 2011, First Floor, The Lord provided. And when they leased the third floor in September 2012 to cater for the growing congregation, funds were also quickly provided for.

“We have very generous people. After I made the announcement for the renovation and its budget, people just came and offered to give and to help. I have seen this happen twice. The Lord provides through His people,” said Peter in his unwavering confidence in God’s provision.

If starting a new church was daunting, then supporting missionaries posed a greater challenge.

At only two months old, tNCC commissioned and supported their first missionaries, a Malaysian family of three, to a North African country. They have been serving there for nine years when their former church stopped their support.

At about that time also, in December 2009, the church was asked to partner with another missionary, Barnabas Mam in the training of church planters in Cambodia.

“I asked Barnabas if we could raise support for only a few of the church planters that he would be able to continue operating the Institute of Church Planting Cambodia (ICPC). He replied he would. But we raised enough funds to support all 30 church planters!” said Peter, whereby the church continued this partnership till today and send three teaching teams to ICPC every year. 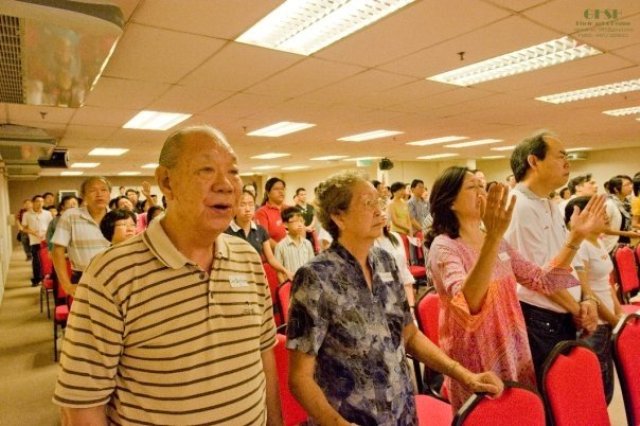 Today, the church also partners in the training of leaders and bible students with Global Evangelism Training (GET) in Kuala Lumpur and the Celebration Bible School in Medan.

Not only that, the Lord opened doors for the church to forge friendships with churches of other countries. In 2011, leaders from the Jakarta City Blessing church visited them and invited tNCC to send preachers to their church monthly.

“This provides our leaders opportunities to minister in different environments,” said See Fen.

Tell Them ‘I Love You’

Over the three years, tNCC has now grown from more than 30 people to over 600 people.

“Other than the initial core group, everyone else is new to us. A fair number found their faith in Jesus here. Some have not been to church for years but renewed their faith here too. There are also people who were already established leaders in their previous churches.” said See Fen.

Every year, they would have three baptisms with 60 to 80 people baptized in a year. 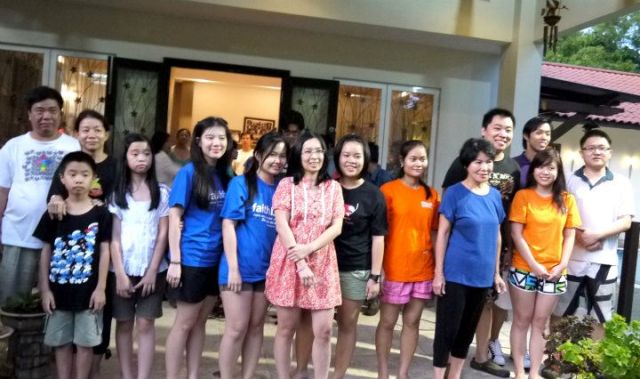 By the word of mouth, the church grew and grew although they did not organize any evangelistic meetings or healing rallies. All they focused on was preaching the simple gospel of Christ and His finished work.

“We focus primarily on Jesus, how good He is, what He has done for us. It’s all about Jesus, His love and grace. He said that if He be lifted up, He would draw all unto Himself,” Peter said.

“We are going back to the basics. Over the years, many have sidetracked to other things. But the good news is about Jesus loving us unconditionally. Many came because they felt the love of God here. It is not about their performance but about Jesus loving them. That’s a very important truth to be shared,” said See Fen. 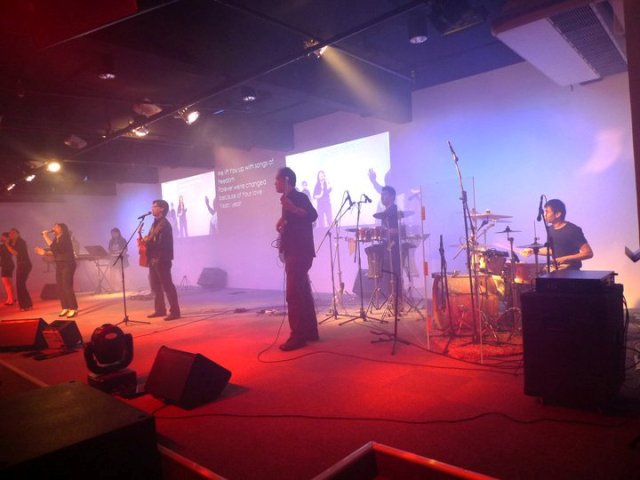 They focus on preaching the Word through the lens of the cross. When people see Jesus revealed in every passage of scripture, it is good and attractive news!

“Being called to form tNCC is the best thing ever which happened to us!” said Peter beaming with joy.

He added, “It brought our family to serve together and also enable us to forge friendships with so many wonderful dear people and families whom otherwise we would not have known. It is always a joy to see firsthand the transformation of lives when they encounter Jesus in His love and grace. Transformed lives attract others who want to see transformation in their own lives too.”

tNCC is a church that focus on preaching and experiencing Jesus Christ and what He has done for us.