On Feb 1, I had the rare opportunity to hear from James Poulter, a social media expert and account director of one of the largest PR companies in the world, Edelman Digital. Hailing from south west London, he touched down in Malaysia with his beautiful wife, Holly Poulter, to share with us at The New Covenant Church (tNCC), his experience and skills in social media which bagged him many awards. 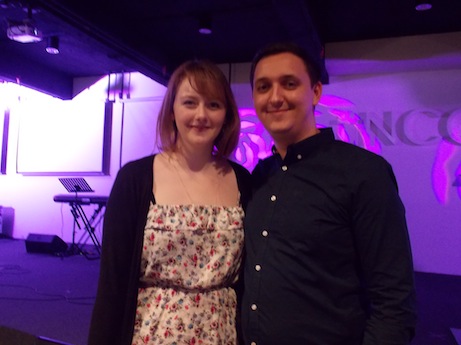 “Yes, I have been doing lots of workshop. That’s right. I’m doing the working and my wife is doing the shopping,” chuckled James to which the audience echoed with laughter.

And in this workshop, he delivered an affirmative and compelling talk about why we cannot ignore or deny the power of social kingdom.

So, what is the social kingdom all about? 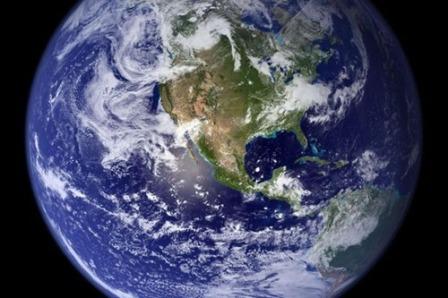 Genesis 1:26-27
26 Then God said, “Let US make mankind in our image, in our likeness, so that they may rule over the fish in the sea and the birds in the sky, over the livestock and all the wild animals, and over all the creatures that move along the ground.”
27 So God created mankind in his own image, in the image of God he created them; male and female he created them.

According to Genesis, we have only ONE God, THREE in ONE including the Father, Son and Holy Spirit. And we being many also live in ONE body of Christ. The Bible explains why we desire socializing. 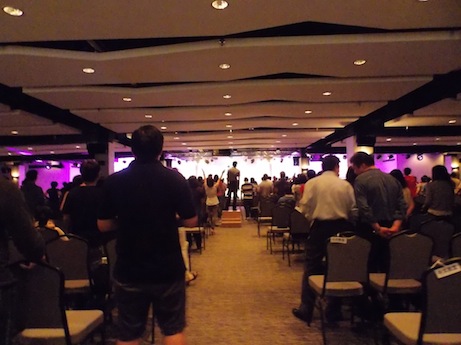 “Who has Facebook here in this room?” asked James. Every hand was up in the auditorium, young and old.

Believe it or not, the Facebook community believes in the fundamentals of a Christian viewpoint.

What viewpoint? Watch this video to find out.

Maybe… Facebook is made to remind us that we are not alone in this world. It is not a cult but a recognition that we yearn and long to connect with each other.

We live in a world where a billion can connect with another billion in different countries. It changed the very definition of friendship. There are now more than one billion voices in Facebook. In other words, 1 in 6 people use this technology now. And this absolutely changes everything, not counting other social platforms such as Twitter, Foursquare, Digg, Linked In, Pinterest, Google Plus, Reddit, Google+, Tumblr, Youtube, WordPress, Instagram and StumbleUpon.

Facebook is a global social phenomenon, which followed the ‘innovation adoption life cycle’ where first a few people called the ‘early adopters’ would embrace a new product or way of living before the herd joins. James shared that this process is the same for adoption of mobile phones, text messaging and emailing. He urged the older generation to be bold in trying out Facebook and not be afraid of new technology. 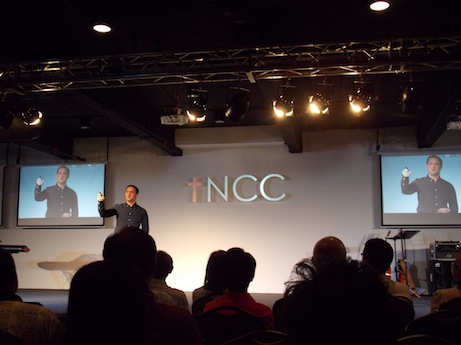 “Parents are asked not to worry about their children for social networking but we should be afraid of what new technology can do. (Hence) don’t be afraid to try Facebook. Were you afraid to use the phone when it was first invented? But look, the phone is popular now,” said James.

Asia population has about 3.7 billion people, where by 1 in 4 are internet users and 1 in 5 are users in top social network. Average time spent a day in the internet is 27 minutes.

As for Malaysia, 3 in 5 people have access to the Internet: 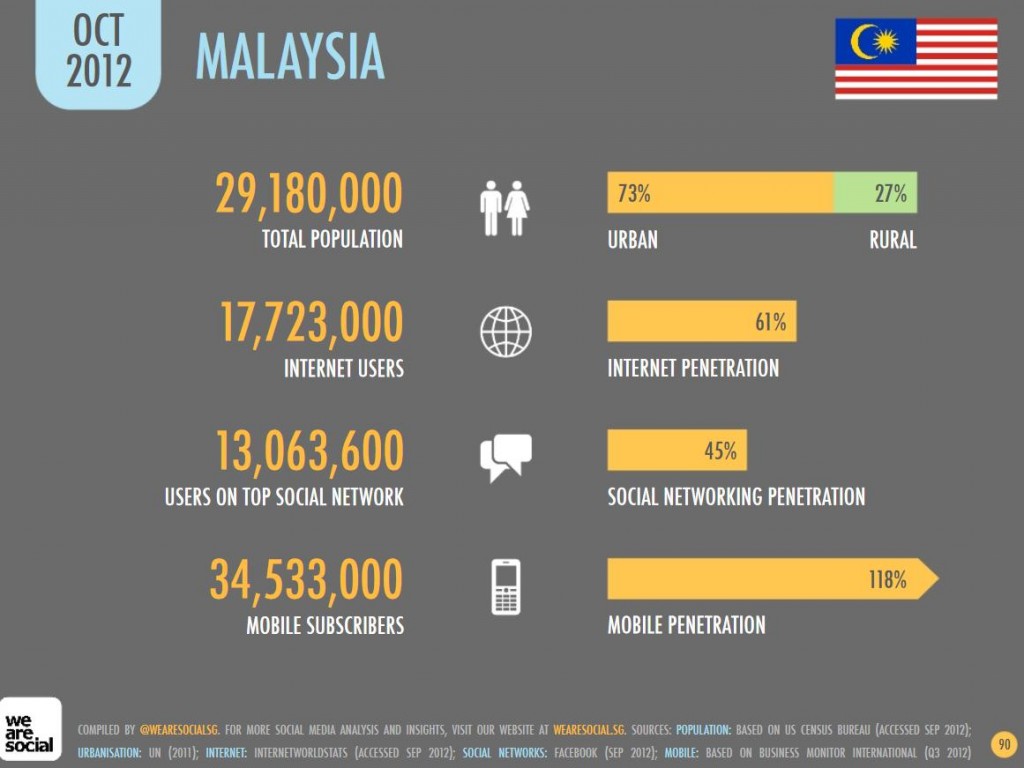 There are 102 million new internet users in Asia in year 2012, the size of population in Philippines.

“How often do we hear the still quiet voice of God if we are not truly alone? 84% of the people (online community) in Malaysia have a Facebook account. That means 9 out of 10 of you who gain access to the internet have Facebook,” said James. 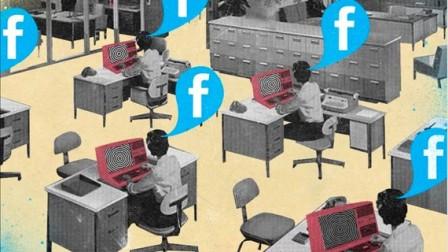 And in relation to social media, he will be uncovering about truth, relationship and connectedness.

Throughout our history at the beginning, we used to absorb truth from people standing and giving speeches on the stages, in the open field and at the marketplace. But how do we know what’s real now?

James then asked the attendees to find out where the capital of Italy used to be. Taking out their phones, the young adults deftly punched or touched their phone, while the older folks squinted to find the Internet application.

“We possess every fact, counter-fact, doxology, opinion about a fact all in my pocket, in my mobile phone,” said James. “Do you believe everything you read?” 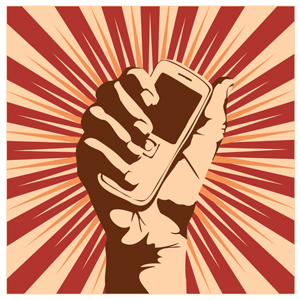 How many of us check the facts? But the fact is that we don’t want to check it because we move to fast. Will the generation of tomorrow accept what we say about Jesus Christ if we proclaim the truth of Him as our savior? Why should they believe it when three opinions say that Jesus is not the son of God? How would you help them to believe?

Hence, we need be be well-informed of what’s available in the media and discern truth from falsehoods. The Bible’s unchanging Word will always be the truth.

There are about 140 billion friend connections in Facebook. People are very connected! A facebook user has on average about 300 friends, which was only 150 two years ago. 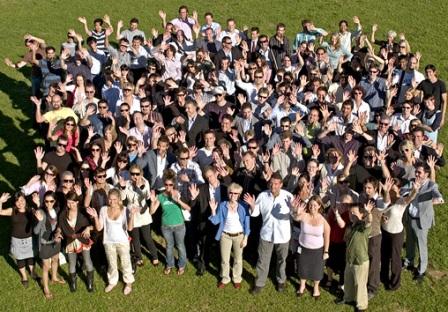 According to Dunbar, an anthropologist, the number 150 appears to be a universal constant, a number that repeats itself in the universe. This number is the average of people in villages, towns, communities and even animals in the pack which promote a high incentive of remaining together. Any number that is higher than 150 promotes disassociation or breaking down of relationships.

So, does that mean the more friends we have, the more broken friendships we have? This number is a good theory to think about, on whether technology can stretch the number 150 to a higher number of meaningful friendships. Let’s run a test. How many people do you contact with in Facebook currently, meaning writing on their wall, looking at their pictures, liking their posts, sharing news and commenting? Do they come to 150 people? Even though we have so many friends in Facebook, we still have the same number of 24 hours per day. Perhaps, it’s wiser or more realistic to connect with a selected number of people.

“But what is a relationship of friend? We call all our contacts as friends in Facebook- Facebook friends (but) twitter follower and linked in connections,” said James.

James shared that the majority (96%) of people less than 30 years old have more than 500 friends in Facebook. And as we go down the age, the number of friends also increases.

“Relationship is changing all around the world. Although I do know many of you in depth or I know some of you better, I can still connect with you through sharing of pictures and videos via Facebook and Twitter,” said James.

However, interestingly, the number of people in the ‘core group’, meaning people who you have deep relationships with does not increase. Five is the average number of members in a core group, a basic number that makes a family unit.

“How many of you think that we share more than we need to in the social network?” said James. “But as Christians, we are called to share in a different way, which is to share the good news! Even though we fear persecution, are we not called to stand in faith and share God’s love in the world which doesn’t know Him? 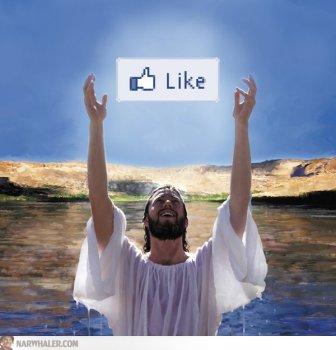 We need to become a social church!

Matt 5:16
In the same way, let your light shine before men, that they may see your good deeds and praise your Father in heaven.

As James used to work in the public relation department for Ogilvy Advertizing Agency, he said, “Jesus needs a new PR! We got a message that’s not always presented in the best light. What about the Crusades? What about the wars started in the name of religion? And this one… Jesus is just boring that is the message.”

“Any fool can put on a deal, but it takes genius, faith and perseverance to create a brand” quote by David Ogilvy.

In this generation, at such a time like this, you need to be harvesters or fishermen ONLINE. James shared that most people would click on the first Google link and in this light-speed age, we need to catch a reader’s attention in 1.2 seconds! 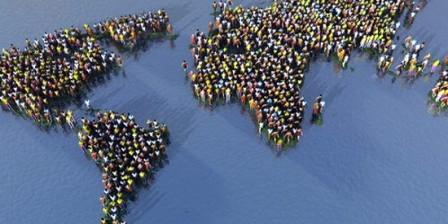 “They need to see us and hear us! Why do you think we have food after service and people welcoming at the church doors? That’s because we want to show one another (light of Jesus Christ) through people,” said James.

Do you want to know how to do social media? Just do it. If you’re in Facebook because you love it, what are you doing for Jesus there?